Why I chose Eurail for my Eurotrip 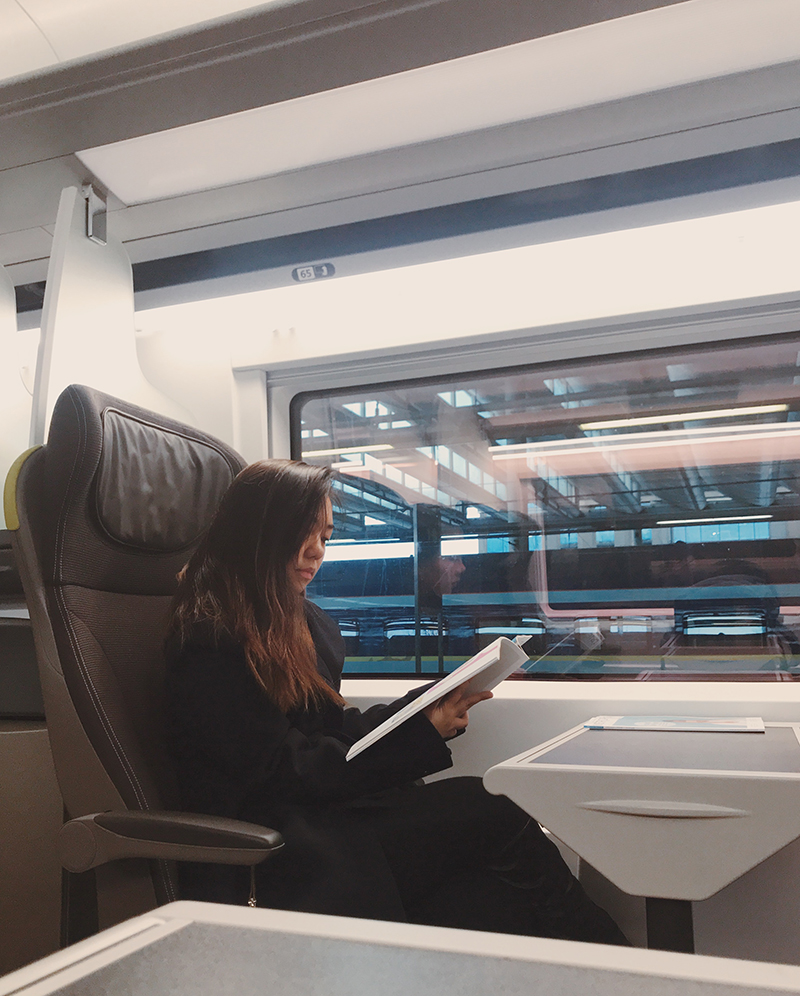 It has always been my dream to go to Europe. For years I have been planning this trip in my head but I never thought that I would be able to go and travel for 2 months.


After all the visa application for Schengen and UK (click the hyperlink to check the posts!), I listed down my dream destinations.

My parents just wanted to go to 3 countries : UK (London), France (Paris) and Italy (Rome). But I realized, I’m already in Europe... why not extend and explore more countries?


Flying from one country to another is not an option. I’m not sure if I’ve already discussed it here but I have aviophobia (fear of flying). I know it's weird since I travel a lot but I actually get anxiety attacks in the plane.


Good thing in Europe you can travel around by bus or train. After countless research, I found EURAIL. They offer passes that you can use in almost any train in Europe. Even boats! 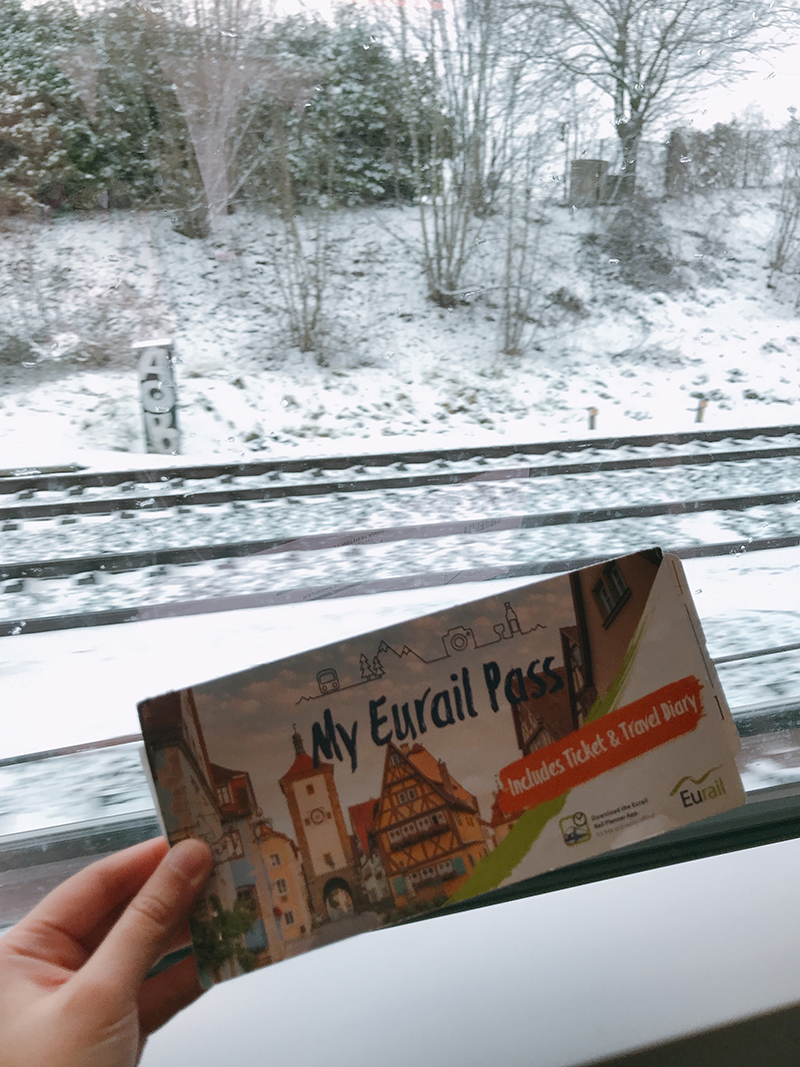 This was my preferred route after my vacation with my parents. I went to London, Paris, Rome, Newcastle, York, Scotland with them via plane.


I’ll talk about my trips in the next blogs but in this one I want to share with you guys why I loved using Eurail.

(For me) trains > airplanes

I’ve experienced going around Europe by plane and I’m always so hassled with going to the airport from the city centre. Sure, train to the airport costs less but I always take the uber because I don’t want to be stressed out before my flight (since I get so tired with my anxiety). Plus, I have to be there 2-3 hours before my flight for check-in and airport security. 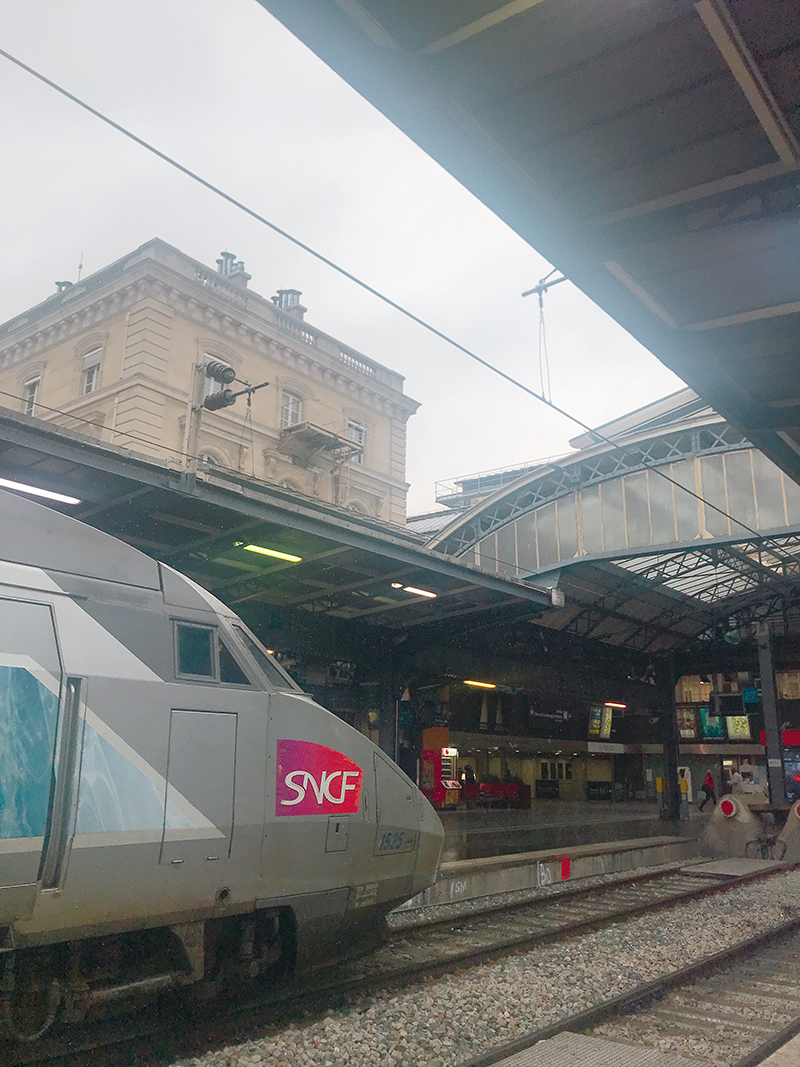 In relation to my first reason, the cities' main railway stations are all located in the city centre (duh haha) so I usually go to the station like 20-30 mins before my scheduled trip. Since it’s so near, some of my hotels are walking distance or like 5 mins away via train to the hauptbahnhof. 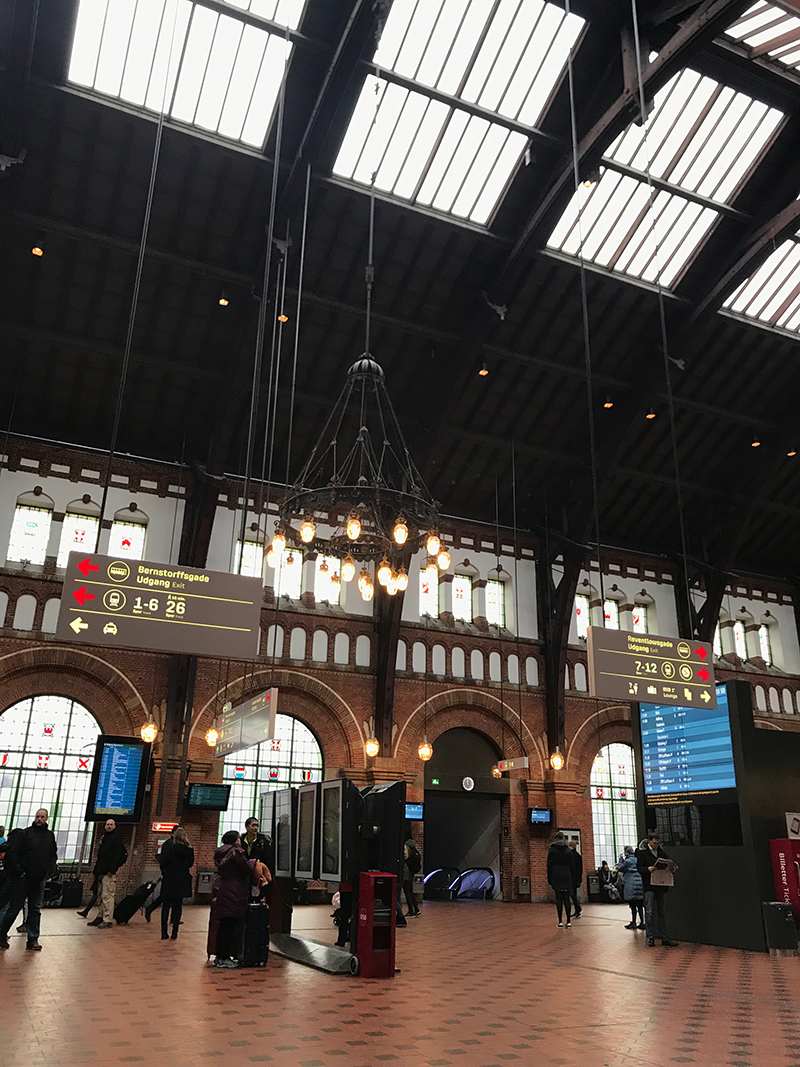 I’m sure some of you will say that “but riding an airplane saves you time”. A part of that is true but to be honest, if you compute the time you have to spend going to the airport (an hour usually from the city centre, then 2 hrs before your scheduled flight, 1-2 hours for your flight, almost an hour to wait for your luggage, then another hour to go from the airport to the city centre)... that's almost 7 hours total.

Versus if you ride the train (10-20 mins to get to the city centre from your hotel – assuming that your hotel is in the city centre), you hop on the train where you can work or sleep till your next stop/destination. I just find it easier. Not only because I have flight anxiety, but because it really is easier if you think about it in a holistic perspective.

Also, if I don't feel like waking up early for the train I wanted, I can catch the next one. I like flexi-travel because I don't want to be bothered and pressured with tight schedules and time constraint. 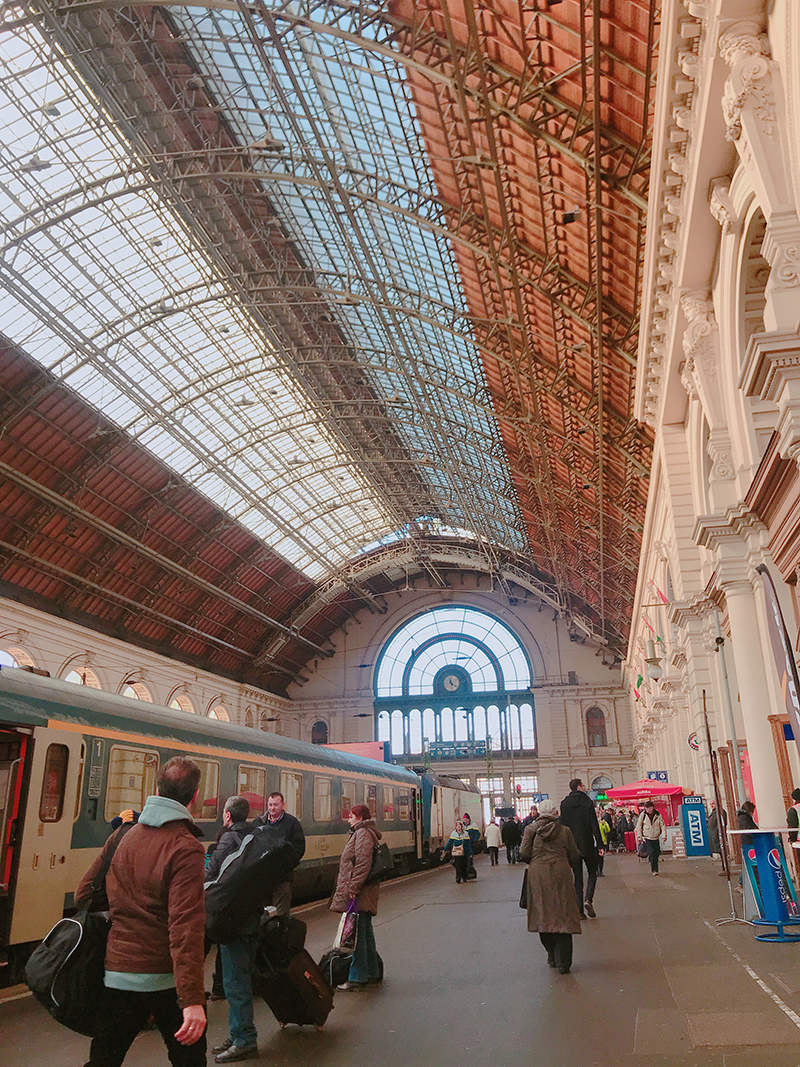 this aspect is true for me because I went to 10 countries and 12 cities. I really made the most out of my EURAIL 1 month continuous global pass (that is valued at 699 euros or $823). If I rode an airplane to every country/city, I'd probably spend around 2000 dollars (++ for luggage). So if I were you, plan your trip/routes well so you can budget your time and money wisely. This will be helpful in choosing the right mode of transportation for your Eurotrip. 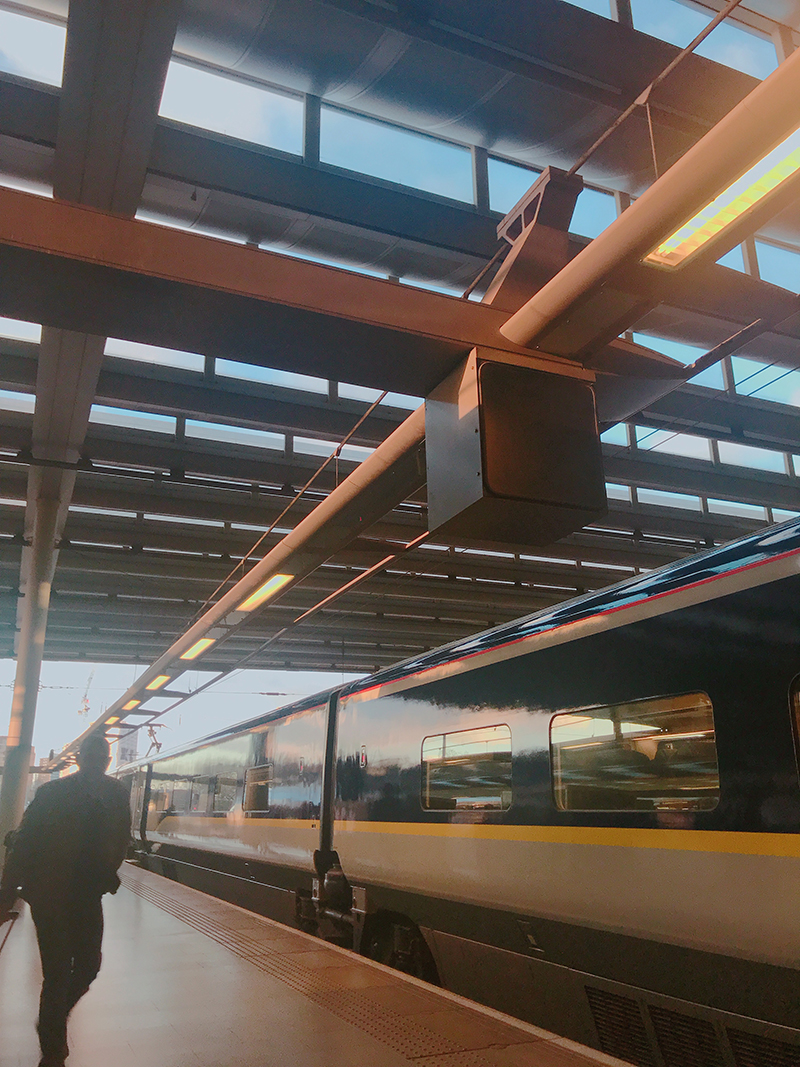 I just really hop on the train (especially the trains without no reservations), fill out my rail pass (I put where I am, where I wanna go & the date/time of the trip), and I’m good to go. It's so important to write down your travels in your Eurail pass travel diary because the train security checks it. 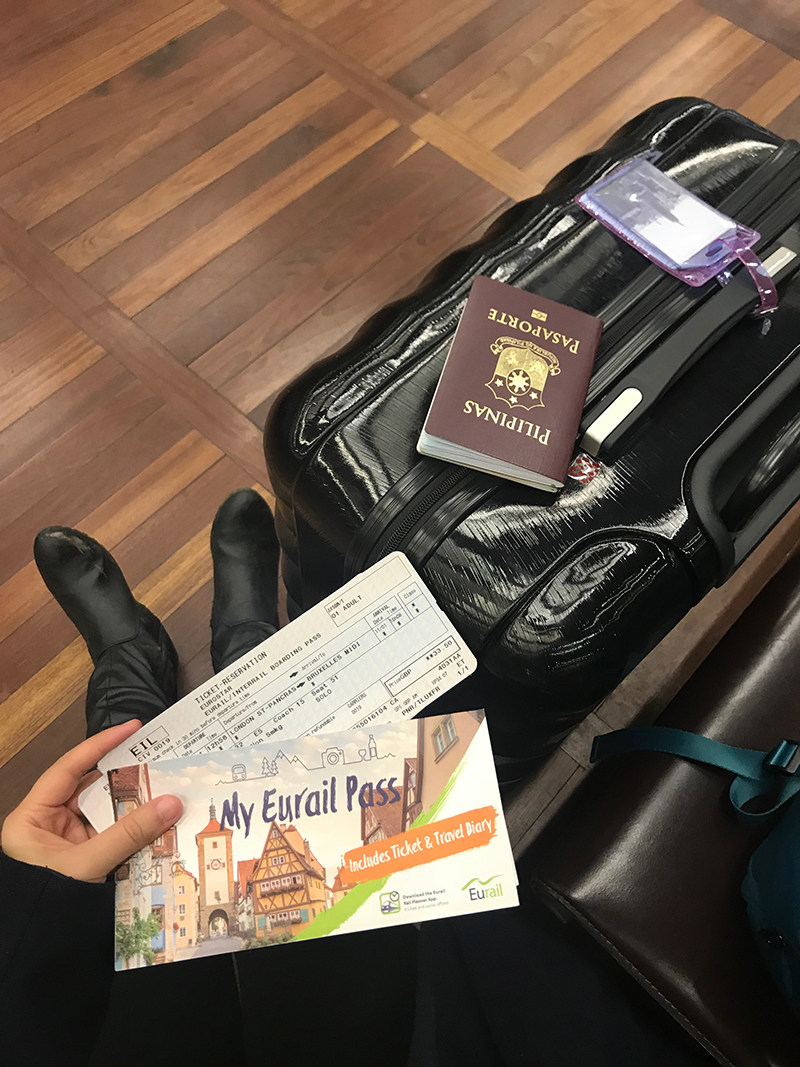 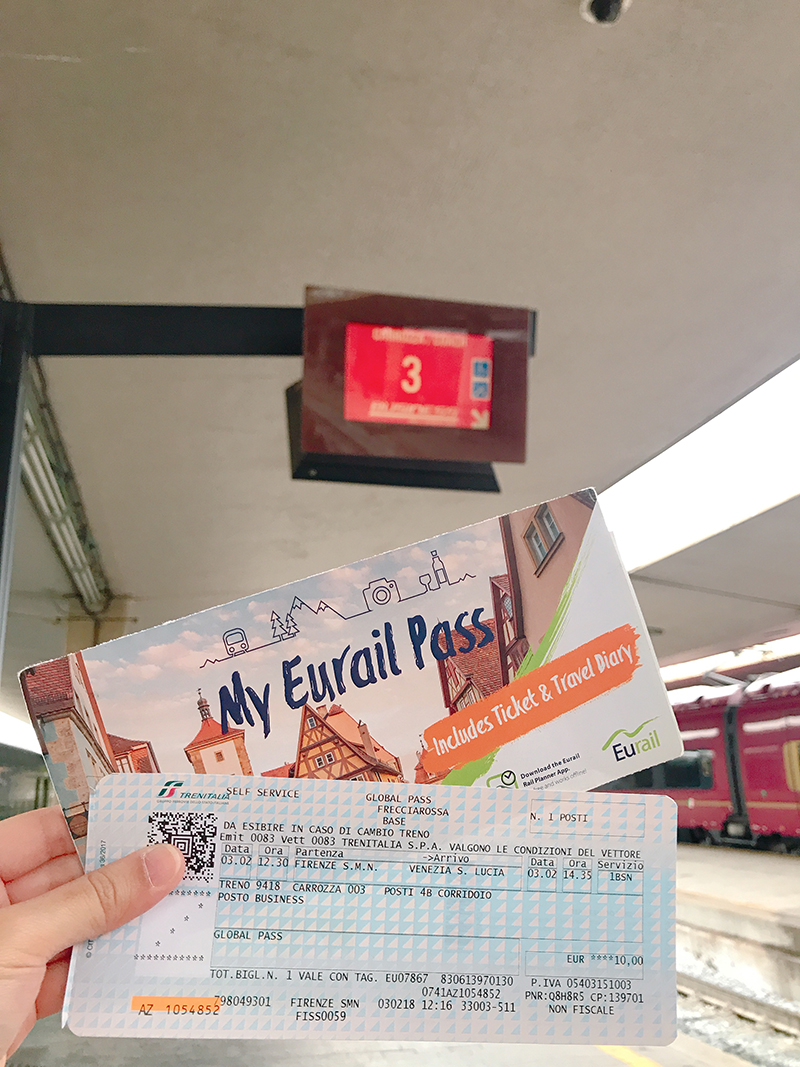 This is so important for travelers. I mean in airplanes, some have wifi but it’s priced ridiculously high. But in most trains I rode in around Europe, they have free wifi. So usually, I watch Netflix on the train or talk to my friends back in the PH. 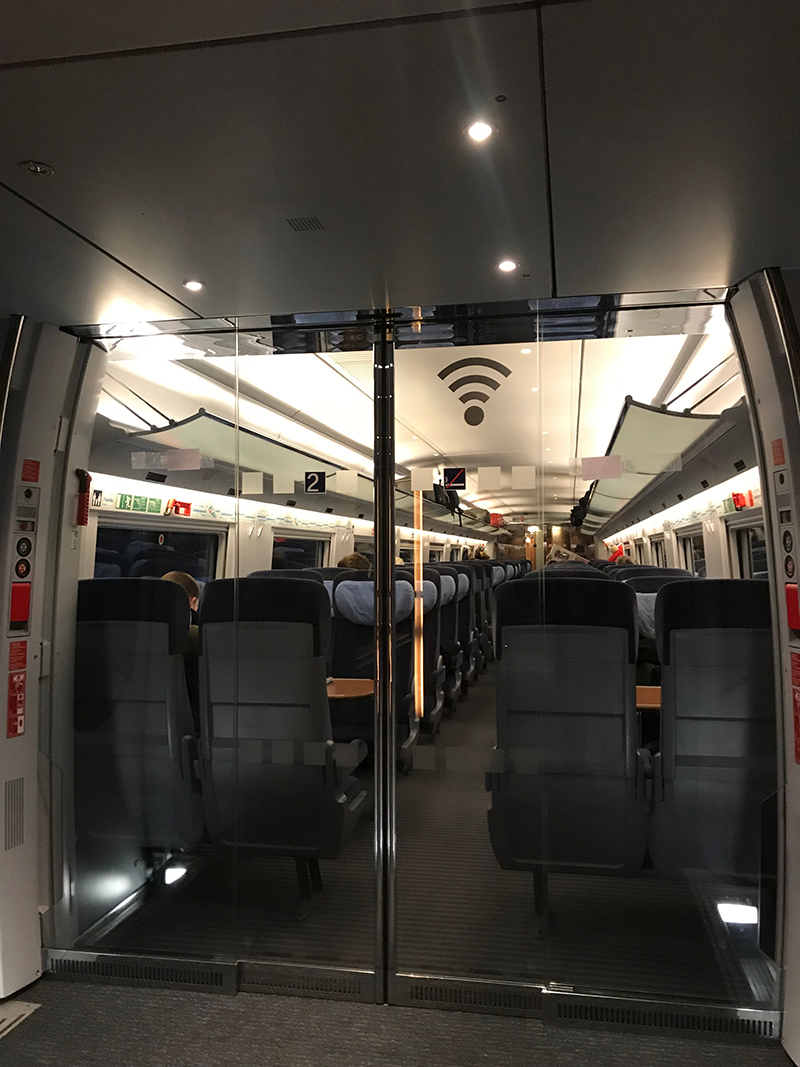 But on trains where there are no wifi, I wasn't worried because I had my TEP WIRELESS pocket wifi with me. So useful. Wifi is a must when traveling because google maps will be your bestfriend. 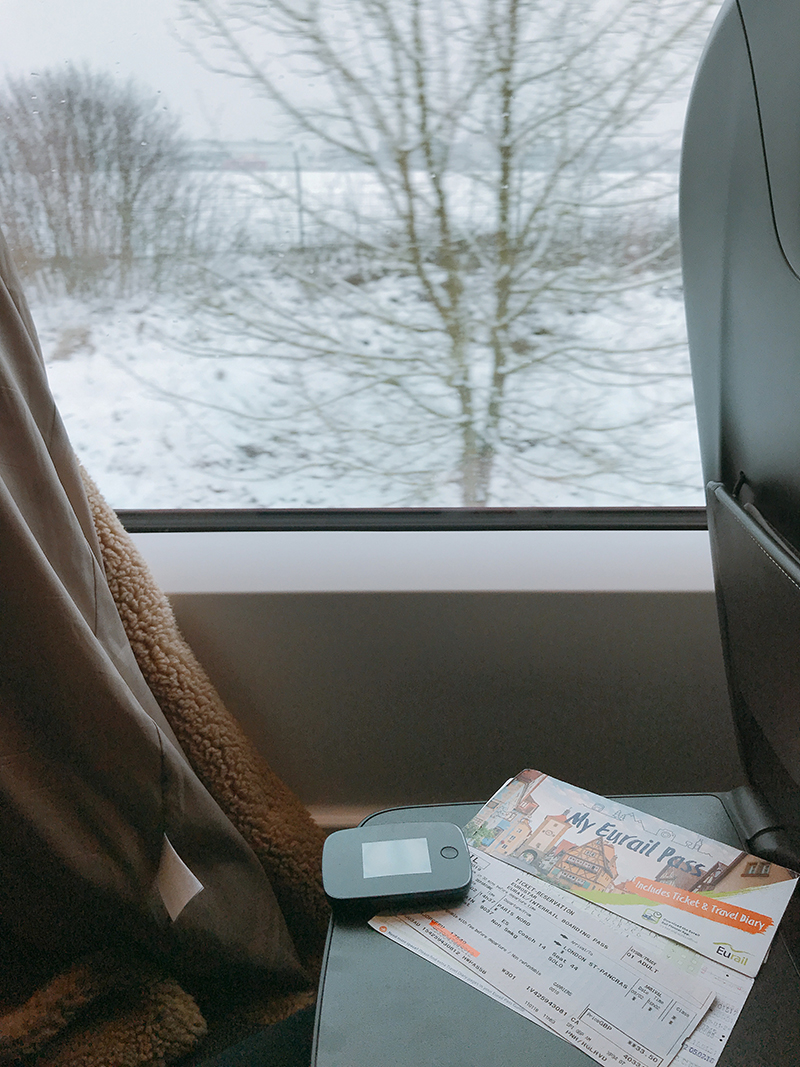 I don’t have to keep worrying about the weight of my luggage. Since I stayed in Europe for 2 months, I have a really big & heavy luggage (coats galore since it's winter season). Most domestic flights don’t offer free luggage allowance so everytime I rode the plane (when I was with my parents), we’d have to pay around 40 euros just for my luggage alone. So expensive. 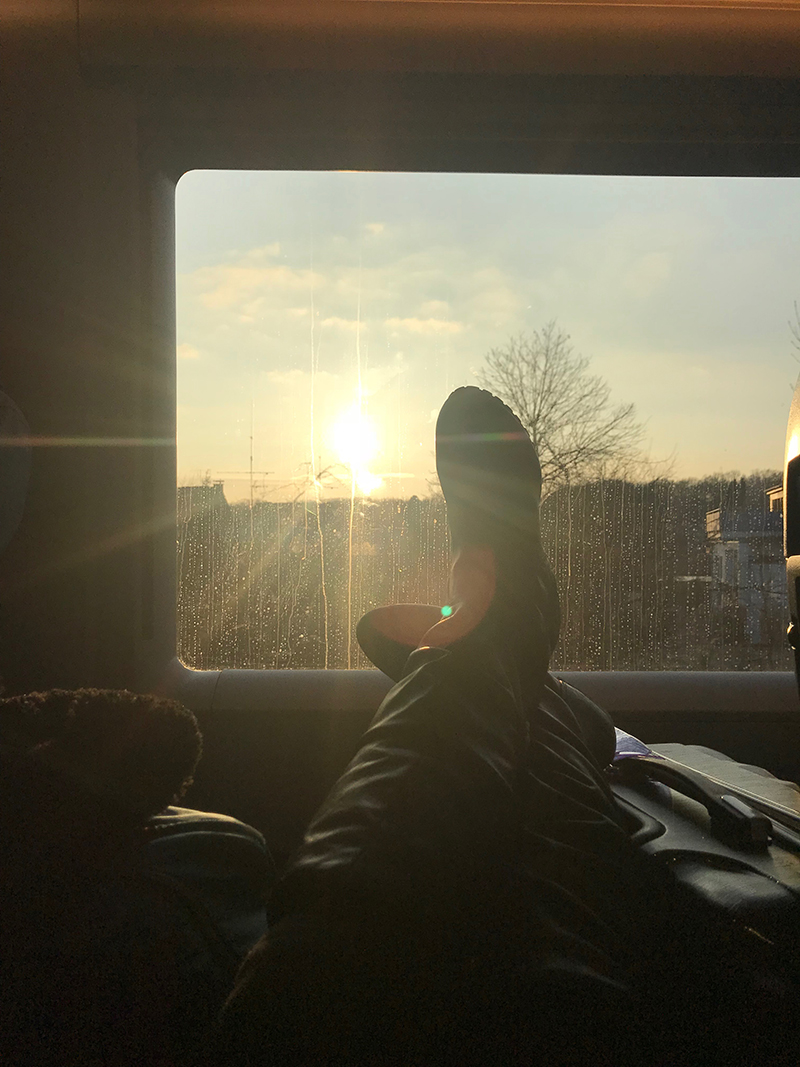 I’ll let the pictures speak for themselves. I remember being so amazed with the views I see. Snowy mountains, impressive buildings… so relaxing for me to see these things. Plus since there are quick train stops, I get the vibe of each city so now I know the new cities/countries I want to visit during my next Eurotrip! 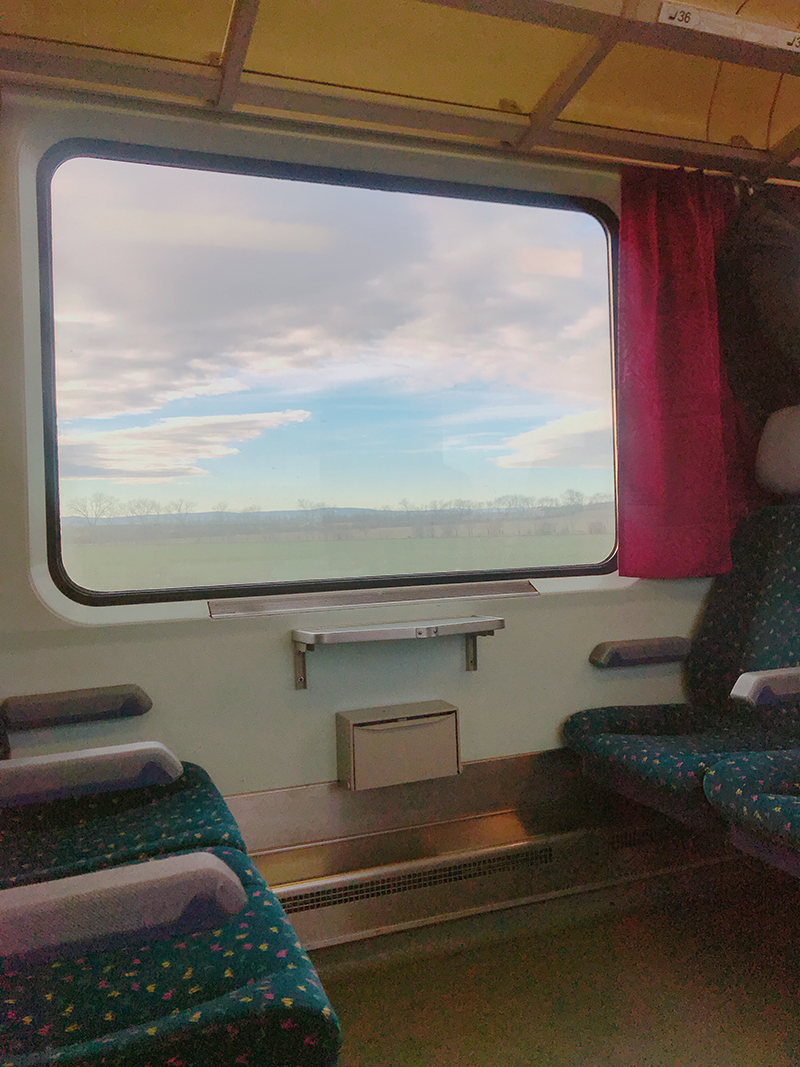 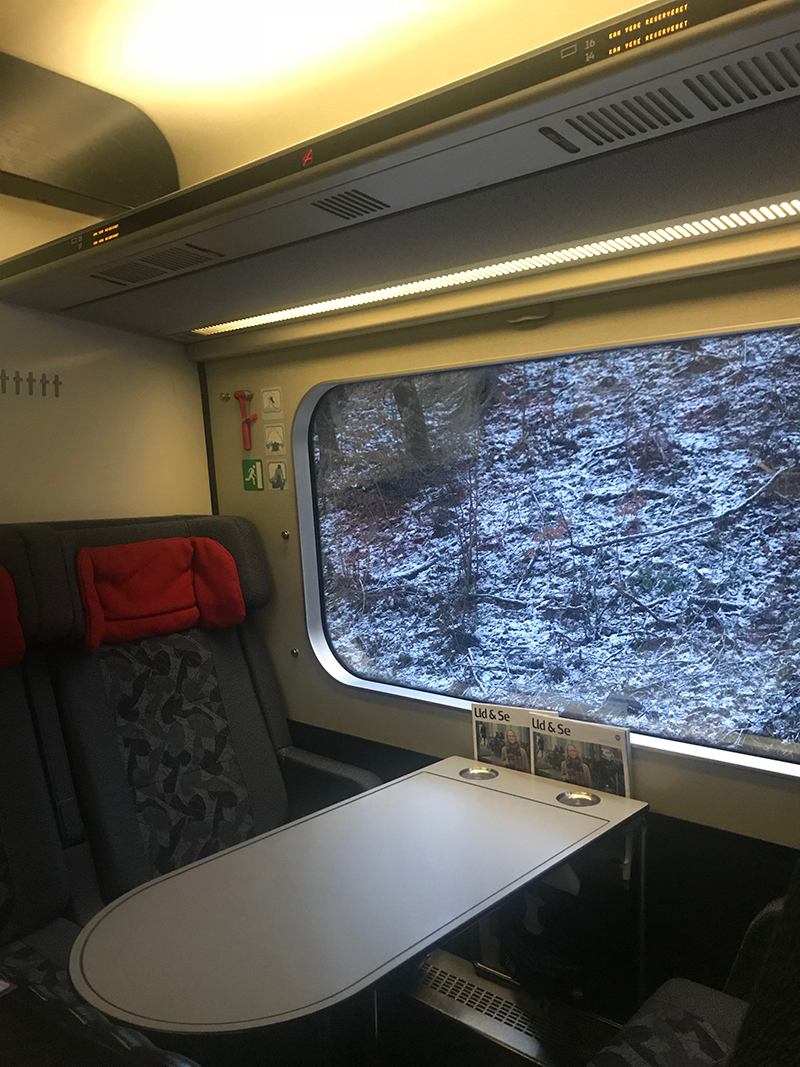 You can get different discounts in various countries. Museums, hostels, Disneyland Paris (yes!), and a whole lot more. You just have to check the rail planner app for the list. 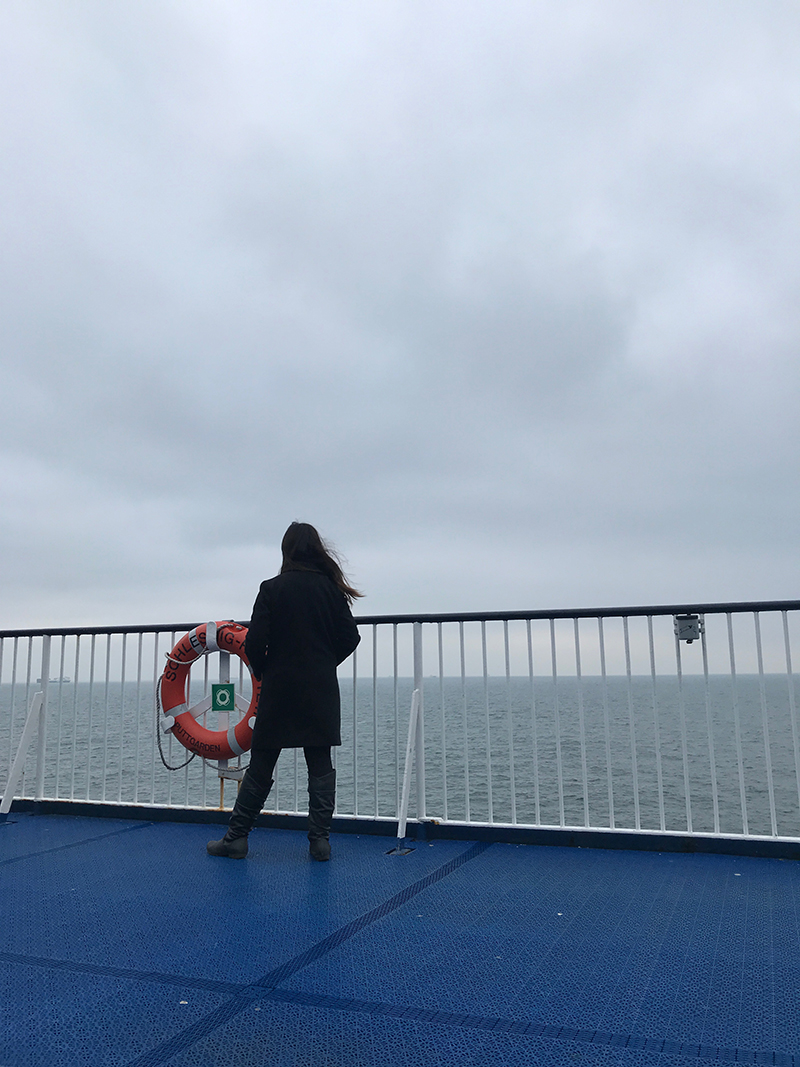 BONUS (for the first class/business pass holders)... the comfiest seats in the world and free food + drinks the whole trip! What more can you ask for?? 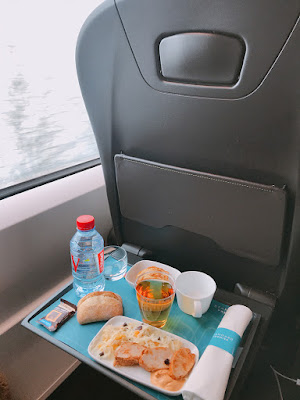 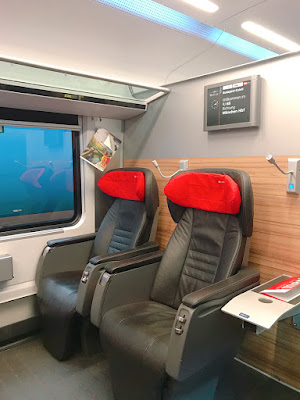 So would I use EURAIL again during my next Eurotrip? OF COURSE! 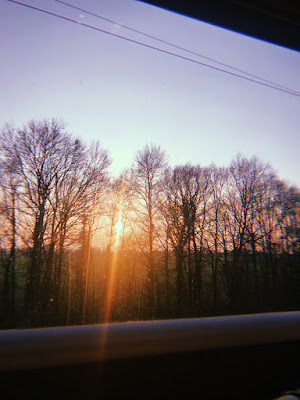 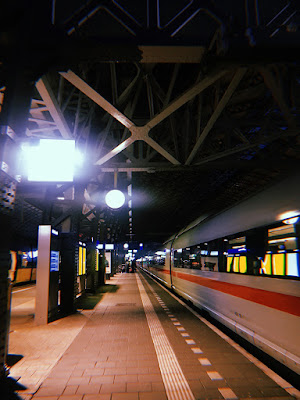 To check out the right passes for your Eurotrip and how to purchase the EURAIL pass, go to their website.

Will be writing about how I used my EURAIL and which countries I went to in my next blog post! 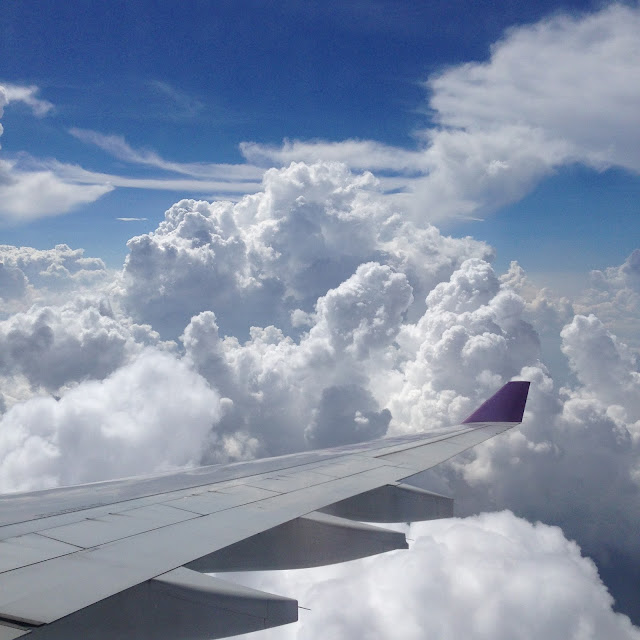 How to apply for UK visa if you're a Filipino Citizen 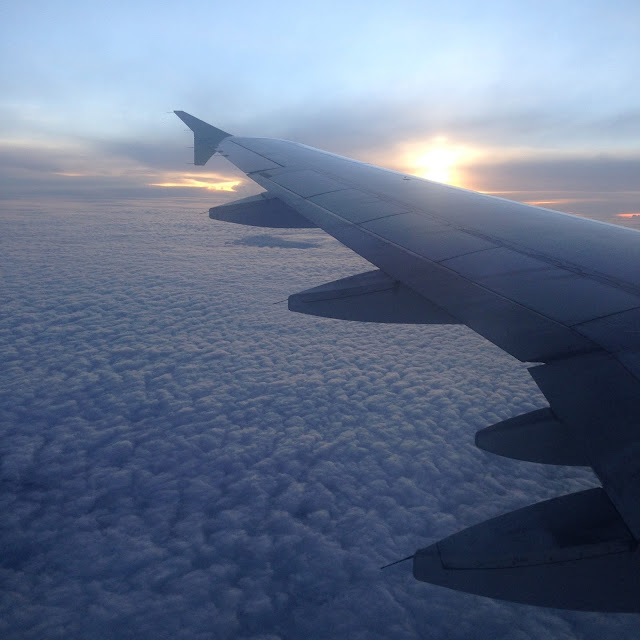 of endless explorations through snapshots and stories.